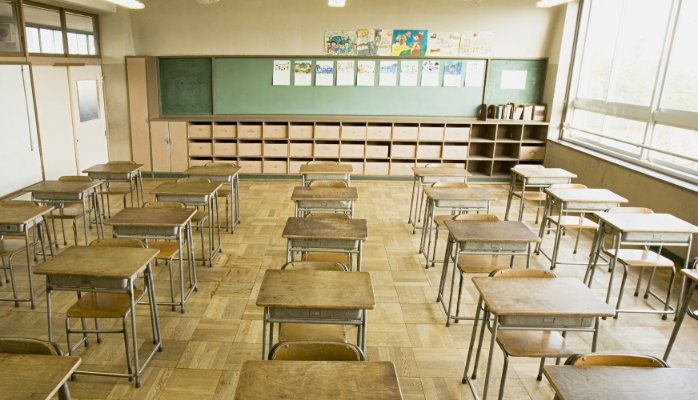 A letter from our Regional Executive Sales Representative, Gustavo Perez, to his favorite childhood teacher

Twenty-four years ago when I walked into your eighth-grade classroom I wasn’t quite sure what to make of you – you were just so damn happy and excited to be there with us. I wondered if you knew the backstory on our class and whether you might have been duped into teaching us.

After all, it was our class that had literally sent our first sixth-grade teacher to a mental institution after we caused her to have a complete breakdown in class. Her daughter who subsequently stepped in and thought she could make a difference was also quickly dispatched. We burned through a total of five teachers that year. It became a badge of honor – we were the bad kids that nobody wanted to teach.

Yet, there you stood, wearing a crisp-white dress shirt and a goofy-tie – smiling ear to ear. You walked up to each of us and introduced yourself and addressed us either “sir” or “ma’am.” I genuinely think that you caught us completely off-guard with that approach. None of us had ever been addressed with that level of respect.

Still, you were not going to get a pass just because you were nice – they all started out nice. I remember thinking that you looked and sounded like Sylvester Stallone. My peers obviously saw it as well since it was not long before we were cracking “Yo, Adrian!” jokes behind your back. To your credit, you rolled with the punches when you caught us and even played along. Although the ladies in our class were a tough bunch, you won the guys over pretty quickly.

Somewhere during that awkward first-few weeks of getting acquainted with one another a funny thing happened – we started to trust you because you genuinely believed in us. You held us to a pretty-high standard and didn’t buy our shit when we slacked. We respected you for that.

No where was your belief in us more apparent than when you wanted to teach us William Shakespeare’s MacBeth and the district refused to buy the books for us because they thought that it would have been a waste of money. You didn’t tow the party line and sugar coat it for us – you were brutally honest with us and passionately told us about the district not believing is us. You told us that you would buy the books with your own money and that we would prove district administrators wrong. I don’t know if you knew this then, but the best way to motivate kids like us was to tell us that we couldn’t do something.

I’m not going to lie and say that it was easy, but you managed to break Shakespeare down for us in ways to which we could relate. He wasn’t just some weird, old, white guy that talked really funny – he was a storyteller that was writing about family-rivalries and vengeance, forbidden-love and power-grabs – themes that kids from the ‘hood could relate to because we lived them.

Not only did we read the entire book and write essays but you actually organized a play for our school where we actually memorized and acted several scenes. I seem to recall some district administrators being in attendance and wonder if you ever got your chance to say “I told you so.” Either way – you earned our respect.

I vividly remember that as the year drew to a close I was notified that I was the valedictorian for our school and that I would be giving a speech at the district graduation alongside the valedictorians from other schools. Our theme was Dr. Martin Luther King Jr.’s “I Have A Dream” speech and I jumped into writing my speech immediately. When I was done I proudly brought it to you for review confident that you would be impressed – you were clearly not. You looked at me and said that it was good and that you would have been impressed had any other student in our class written it but that you expected more from me. You asked me if this really was my best effort and that gave me a lot to think about. Despite being valedictorian I never felt that I had to try that hard, I did enough to get the best grade in the class but I never really pushed myself to see what I was really capable of achieving.

I scrapped that initial effort and diligently went about writing a new speech – a speech that conveyed my authentic voice and that led me to seek a much deeper appreciation of the power  of Dr. King’s words. I brought it back to you and sat nervously as you read it expecting you to break out your red pen, but you didn’t. Instead you looked at me and smiled saying that this is what you expected of me all along. Then you asked something unexpected that no one had ever asked me – you asked me if I had thought about college. I said that my uncle was a Gardener at Stanford University and that it seemed like a good school but that it was for rich White kids. You were a recent Stanford graduate and pounced on that. You told me that if I wanted to go to Stanford, I could go to Stanford and you said it with such conviction that I believed you. You also said that if I graduated from Stanford you would be there to see me get my diploma. I know that I joked about not really being able to go to Stanford, partly because I didn’t believe that I could but mainly because I didn’t want to allow myself to believe that this was actually a real possibility.

Finally, in June of 2001 as I walked down the aisle to receive my diploma, you were there in the audience – you kept your word. Words could never adequately express how much that meant to me. To this day, I still have the portfolio that you gave me that day and I still have not torn out that first page where you provided one last lesson in the way of a quote that still motivates me today:

“Keep two truths in your pocket and take them out according to the need of the moment. Let one be ‘For my sake the world was created.’ And the other: ‘I am dust and ashes.’”